Street Art spotting in The Hague

In The Hague you can no longer ignore street art! Besides London and Paris, our city is really the place to be to discover the most beautiful murals. Over the years, many murals have been added throughout the city that have been commissioned. On foot or by bicycle and (shared) scooter, you will literally be amazed!

The Hague Street Art and graffiti
Street art artists aim to brighten up the city with murals. Graffiti has the difference that it consists more of ' graffiti  name tags ' and slogans. What they have in common is the use of paints and aerosols and a message in creative designs. It is difficult for street artists to find places for their creations. Platform The Hague Street Art is committed to street artists to be able to show their work in a legal way. They hope to give street art a positive image by means of workshops, tours and team outings . And that works! The combination of the artworks, pride of The Hague and public accessibility has ensured that street art is popular in our city for visitors and street artists. The nice thing is that there are always new and temporary projects on display.

We would like to keep you informed when there is a new Street Art project to admire. Keep a close eye on our Facebook or Instagram This Is The Hague !

Street Art not only outside!
More and more famous hotspots in The Hague are equipped with a beautiful street art work of art in their interiors, such as Bleyenberg , Teleport hotel or O'Caseys and Restaurant Milú .

Street Art The Hague on map and route
On the Street Art The Hague site you can find a handy  map  with which works of art can be found where with a short description. In the map you can also select a route with certain artists or whether you want to do a distance by bike or on foot.

Taste the industrial atmosphere in the Binckhorst 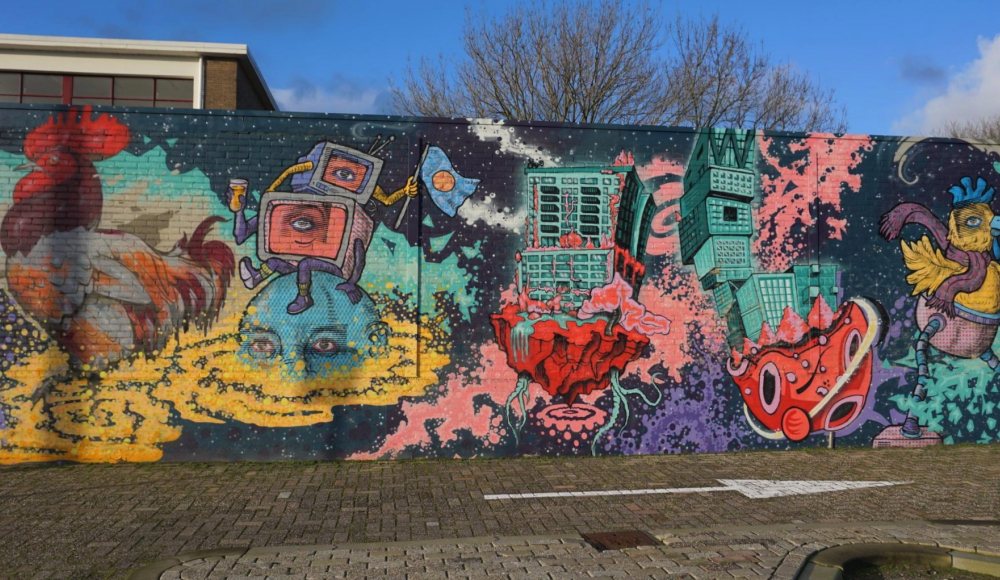 In The Hague you can legally spray graffiti in three designated places. Special waste bins for aerosol cans have also been placed (always check the current reporting by the Municipality of The Hague and instructions on the signs):

Street Art in the city center of The Hague

Combine your visit to the city center with spotting street art!

You can also enjoy street art in the city center during a day of shopping or a bite to eat. Have you discovered the funny Kattensteeg and the storks from SOGOshow yet? Or the gigantic mural on the facade in the Grote Marktstraat by Artdrenaline with Hofdame Anna and her kingfisher?

Chuck Deely Memorial mural
Chuck Deely was a well-known busker. Everyone from The Hague knew his hoarse voice and saw him cycling through the wind every day to play in one of his beloved places in the city. He passed away in 2017 and as a tribute a Memorial mural was made by Sophia den Breems and her team in the tram tunnel on the Turfmarkt towards Central Station in the city center. 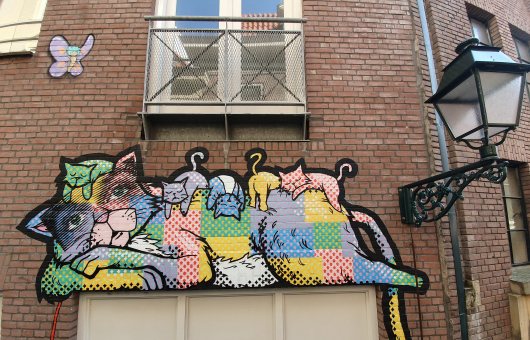 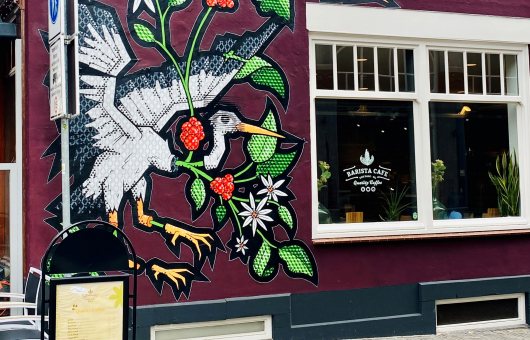 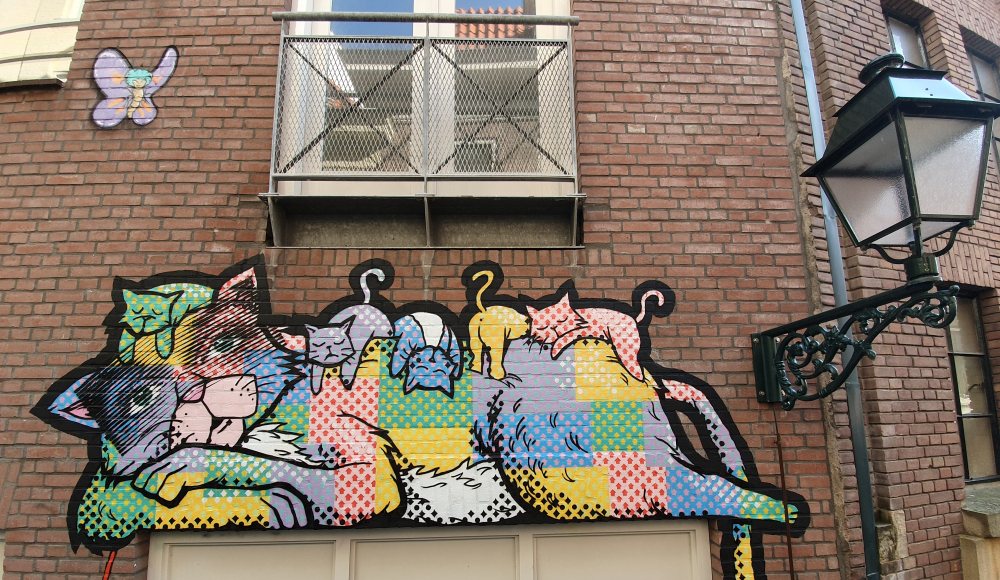 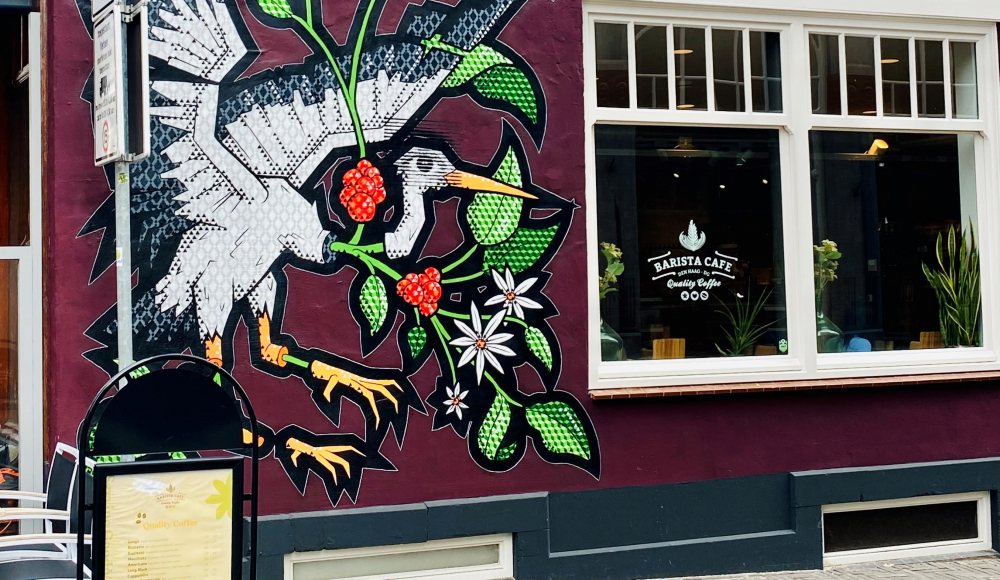 The Kattensteeg is a real hotspot in the Achterom, a side street between the Kettingstraat and  the Passage .

Also discover the mischief on the facade of Achterom

Construction fence Provincial House 'Ode to The Hague' by  Artdrenaline 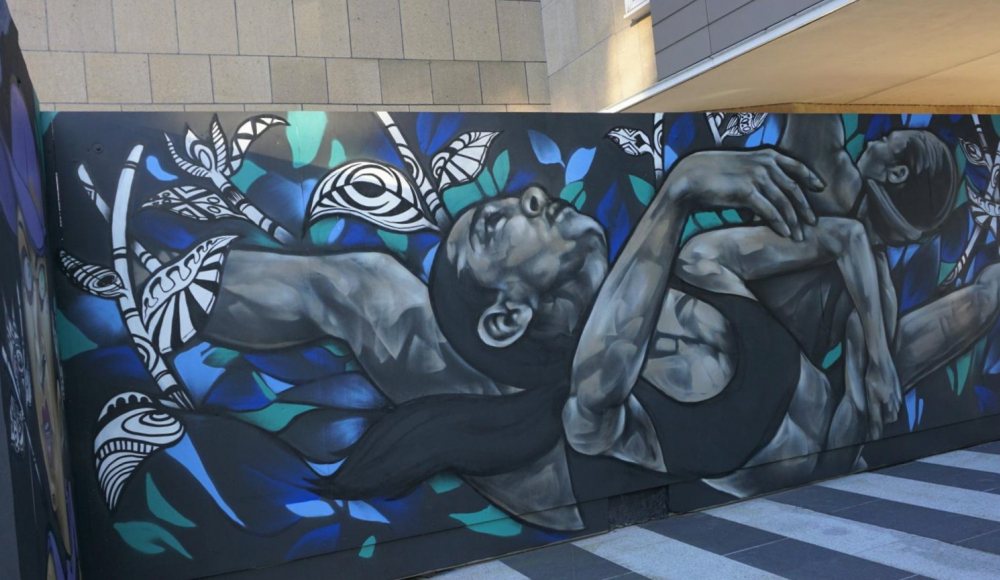 Temporary street art in The Hague

Temporary open-air exhibitions are of course also part of the culture of street art. On construction fences or buildings that are being demolished and in places that are part of an event or special occasion. That's why below works of art you can't miss before they're gone!

Electricity houses
The electricity houses in The Hague are almost a household name in the streets, stone buildings that could often use a facelift. With a hint to the neighbourhood, you can now find entire stories in the most colorful or moving Hague versions. Think of Van Kooten en de Bie in the Valkenboskwartier, Mariska Veres, the singer of Shocking Blue in the Zeeheldenkwartier, but also a cheerful Pauw and Peoenroos on the Pioenweg Vruchtenbuurt.