The Hague is not only the living and working place of the King. It is also a royal city with allure thanks to the many historical monuments, residential and work palaces, royal routes and carriages. You can meet the Royal Family on the street or in one of 'their' shops.

Noordeinde Palace is traditionally the working palace of the head of state, the King. King Willem-Alexander, just like his predecessor Princess Beatrix, has chosen the Huis ten Bosch Palace in The Hague as a residence. In the summer both the Noordeinde palace and the Royal Stables are open for a short period of time for individual visitors. The palace garden is free of charge and open all year round.

Lange Voorhout Palace - Now Escher in the Palace
Formerly a Royal Palace and now Escher in the Palace, museum with works by M.C. Escher. The palace was built in 1760-1764 by the architect Pieter de Swart. In 1811, the palace was made available to Emperor Napoleon by the banker Archibald Hope during his visit to The Hague. In 1845 the palace was bought by Prince Hendrik, son of King Willem I. From 1901 to 1934, the palace served as the residence of Queen Emma. Queen Juliana used it as a working palace during her reign. Queen Beatrix used it as a working palace from 1981 to the end of 1984, and her office moved after the renovation of Paleis Noordeinde. Since 1992 the palace has been set up as a museum Escher in het Paleis, but it certainly still has a Royal touch.

If you want to experience Royal The Hague, grab your mobile and walk this nice route.

Go to the royal walk

The Hague and the Oranjes, they belong together. For over 400 years. See the palaces, historical monuments and the beautiful palace garden in The Hague. 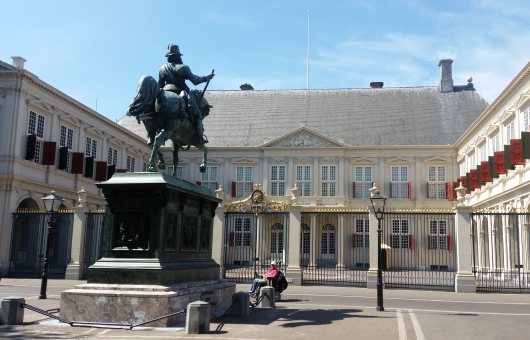 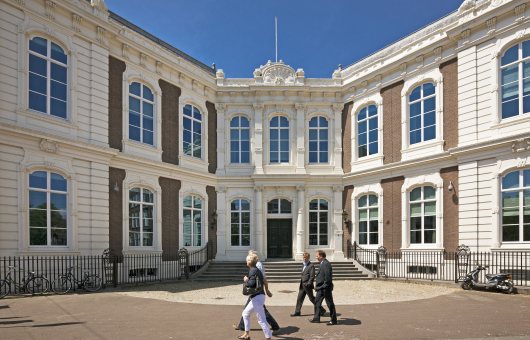 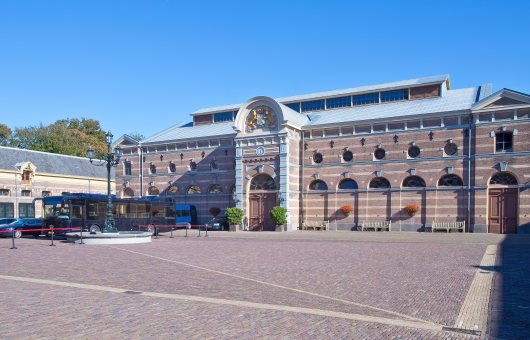 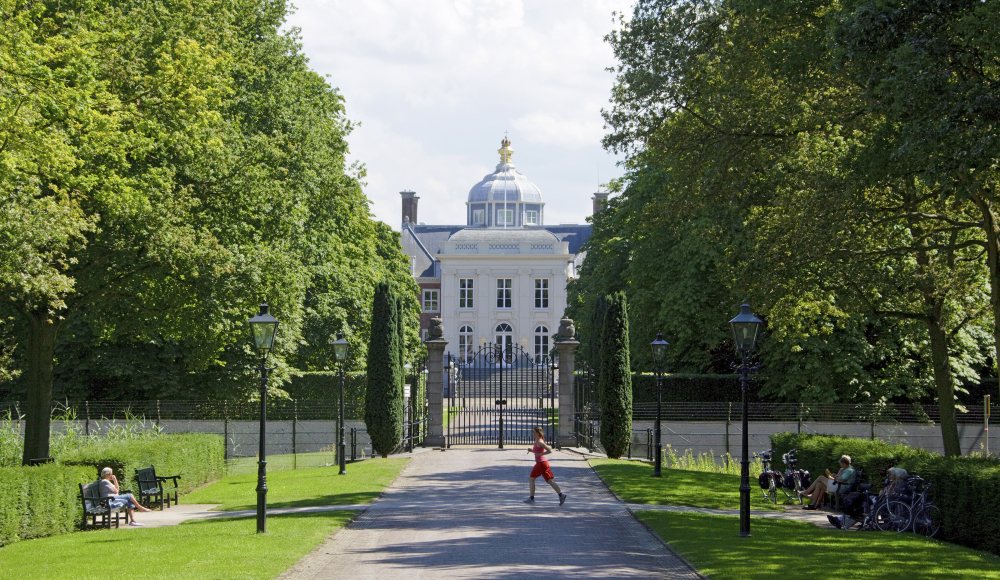 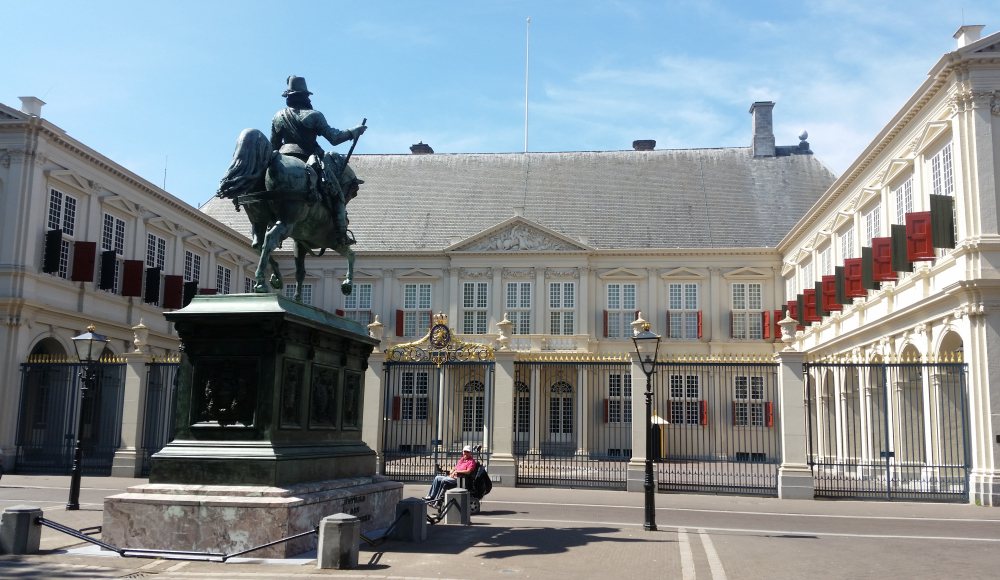 The Palace Noordeinde ('Paleis Noordeinde') with its gracefully landscaped garden is situated on the Noordeinde. 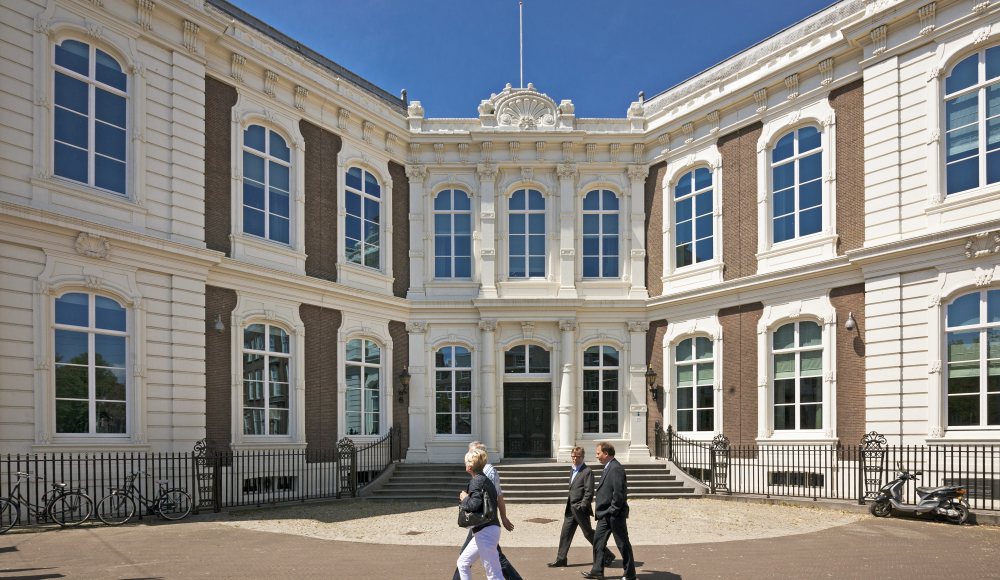 Kneuterdijk Palace ('Paleis Kneuterdijk') is one of the unknown gems in the historic city centre of The Hague. It is now home to the Council of State. 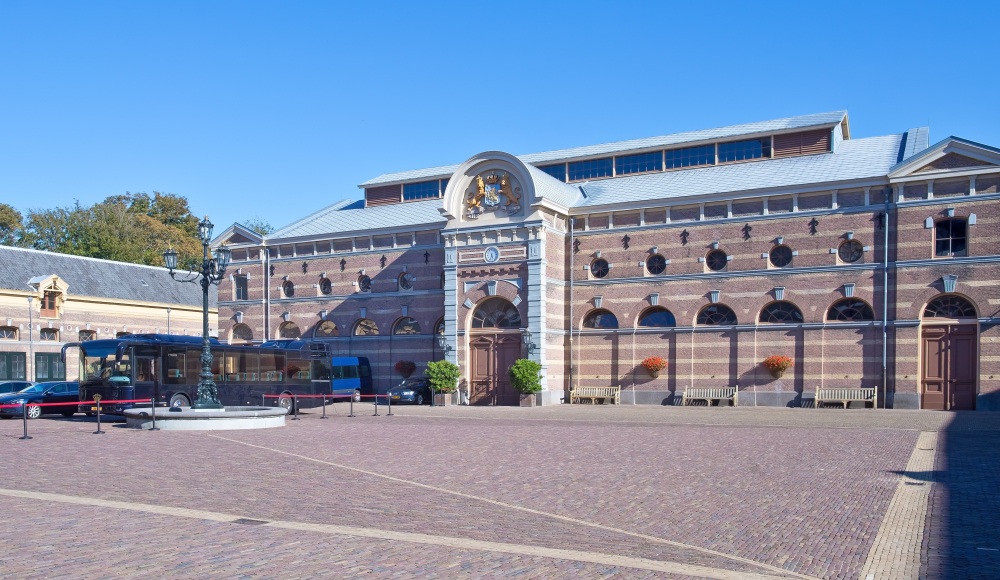 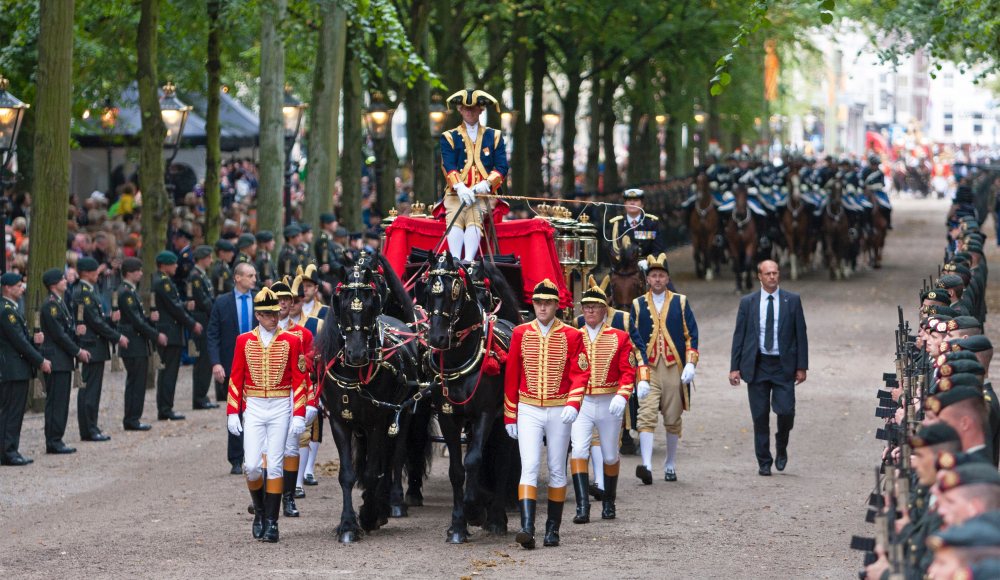 Prinsjesdag, every third Tuesday of September, in The Hague. 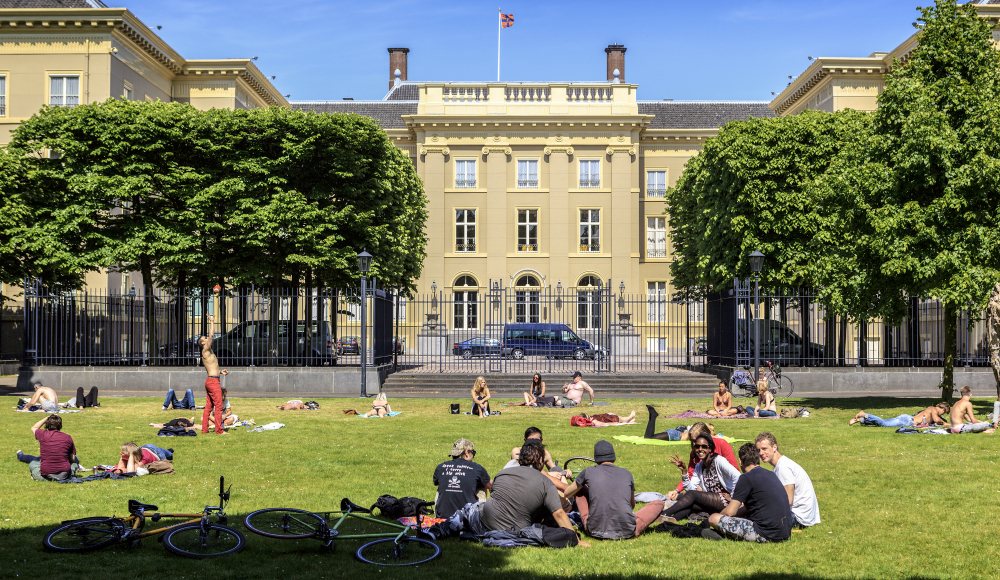 The Palace Garden ('Paleistuin') is one of The Hague's hidden gems. This romantic park with flowerbeds, fountains, hedgerows and ponds lies directly behind Noordeinde Palace.