Tom Schenk - A House for the Soul

For visual artist Tom Schenk, the exclamation to 'have no idea' is a telling start of a creative process that culminates in a production or exhibition. As a set and costume designer, Schenk has often collaborated with one of his favorite directors, Yoshi Oida, and has traveled the (opera) world with him. Every time the two friends contemplated the libretto and music of a new opera in Oida's Parisian home, the Japanese/French theater icon answered the question 'how do we do it?' with the words “I have no idea. ” Out of nowhere, from a blank sheet of paper and without a preconceived plan, the ideas started to flow. The other three directors with whom Schenk had an artistic marriage were Johan Doesburg, Erik Vos and Antoine Uitdehaag.

This is how Schenk also wants to paint. A preconceived plan hinders his creativity and prevents him from experiencing where the paint is leading him, while shapes and colors have to find their own way. As the large commissions for sets and costumes became less, he was able to devote more and more attention to his painting. Schenk has exhibited successfully since the mid-1980s, such as with his sketches and designs. These design drawings for sets and costumes had developed into prized and sought-after works of art in their own right. These exhibitions were often shown in the Appeltheater, where he produced dozens of productions from 1978 to 2007. In 2020 he had his first major solo exhibition, which also included oil and acrylic paintings. It was therefore appropriate that it was held in the Koninklijke Schouwburg in The Hague.

Schenk's work is often characterized by a single and sometimes lonely-looking house, whether or not in a landscape, or just a landscape. Tom has always had an obsession with a house as an object or image. In Hebrew the word beeth means house, but also refers to God. For God has established the house. Although the beeth is the second letter in the Hebrew alphabet, it is still the first letter in the Hebrew Bible. This word has been corrupted into 'bajes' in Yiddish. That is a house in which something is kept, a house of detention, a prison. Schenk sometimes depicts that house/God as a tent. In the theater production Genesis, in which Schenk collaborated with Johan Doesburg at the Nationale Toneel in the Zuiderstrandtheater, Adam and Eva crawl out of a tent. Such a house in his work also expresses something of his state of mind. The house where his soul lives, sometimes a lonely house and sometimes mirrored. Reflections of the soul. For Schenk, the image of a house is multi-interpretable and perhaps an unintended symbol. He prefers to see the house in a piece of no man's land, somewhere between abstract and figurative. A place where he prefers to be. 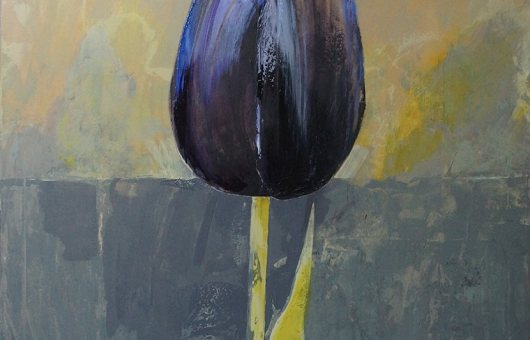 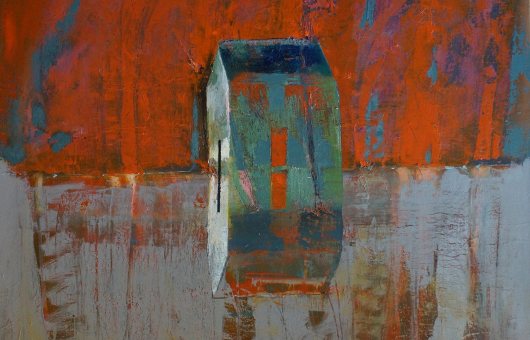 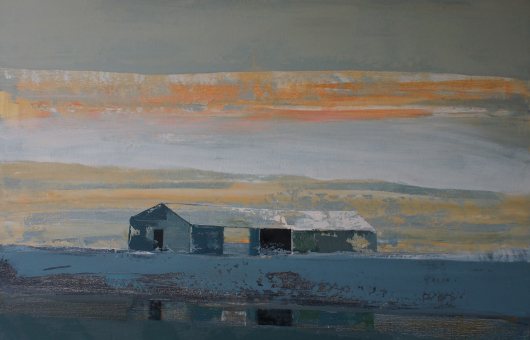 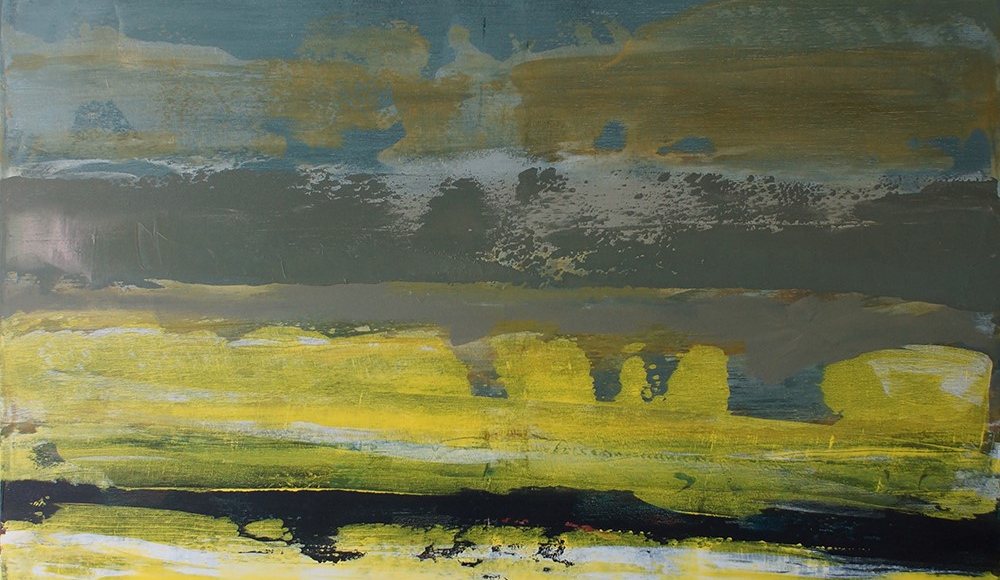 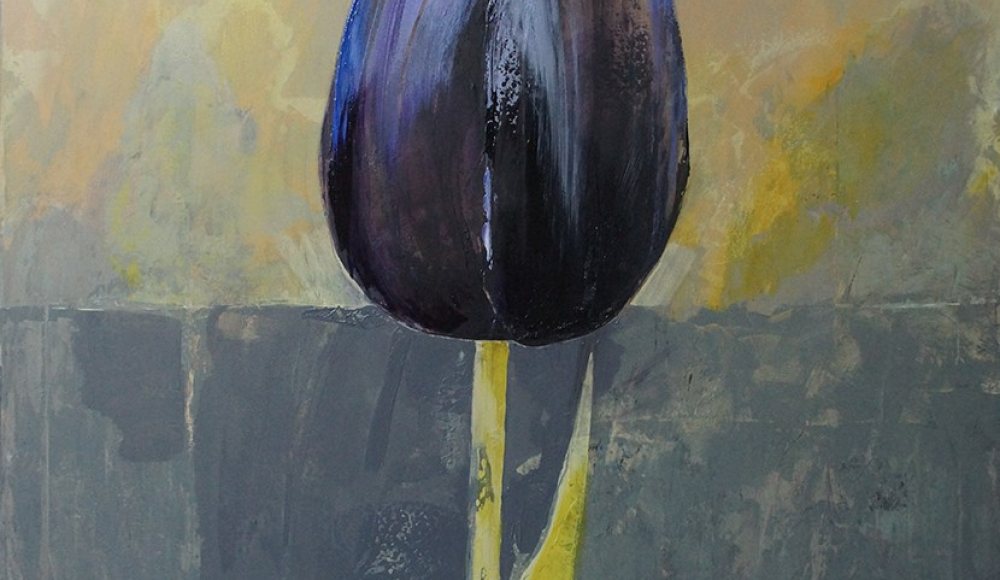 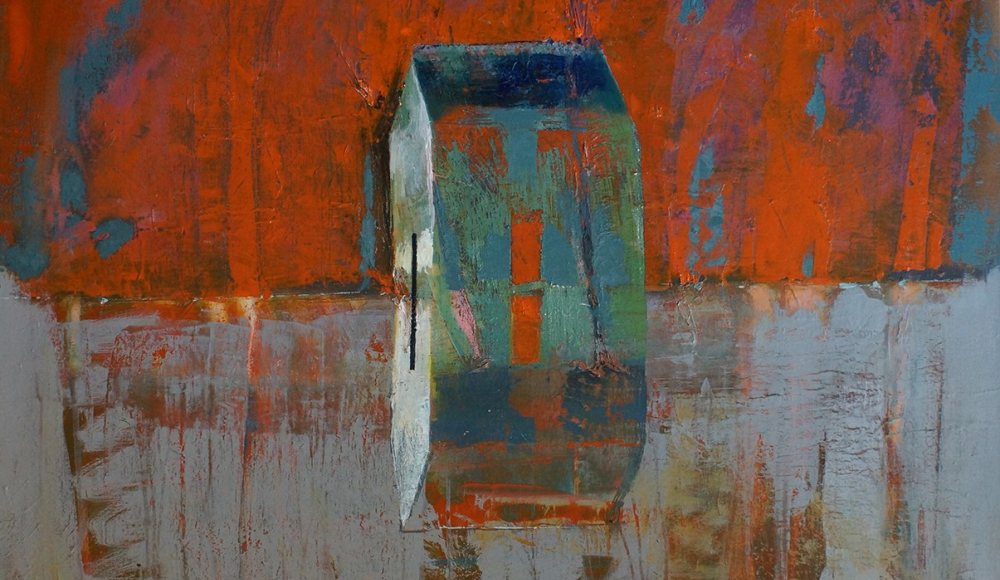 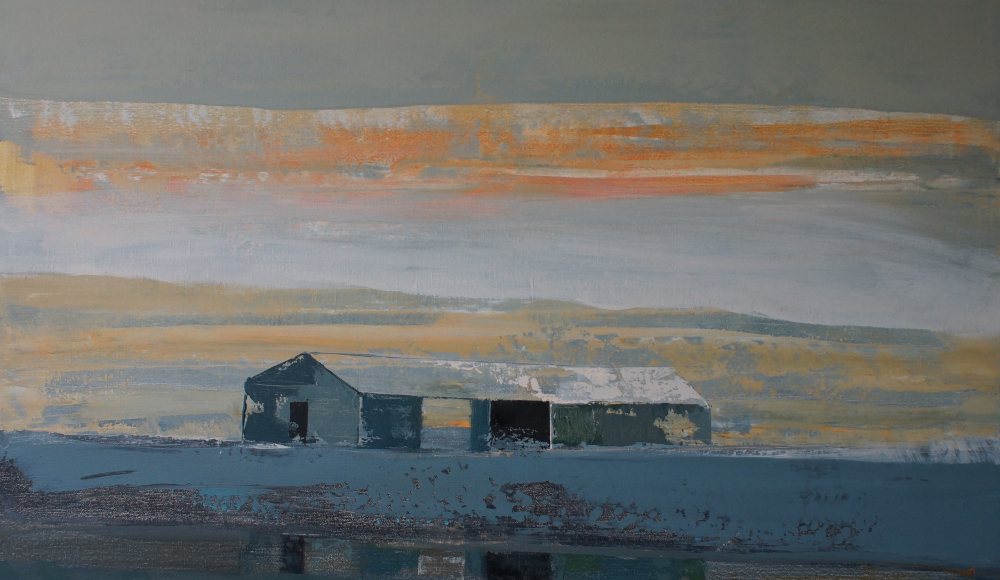